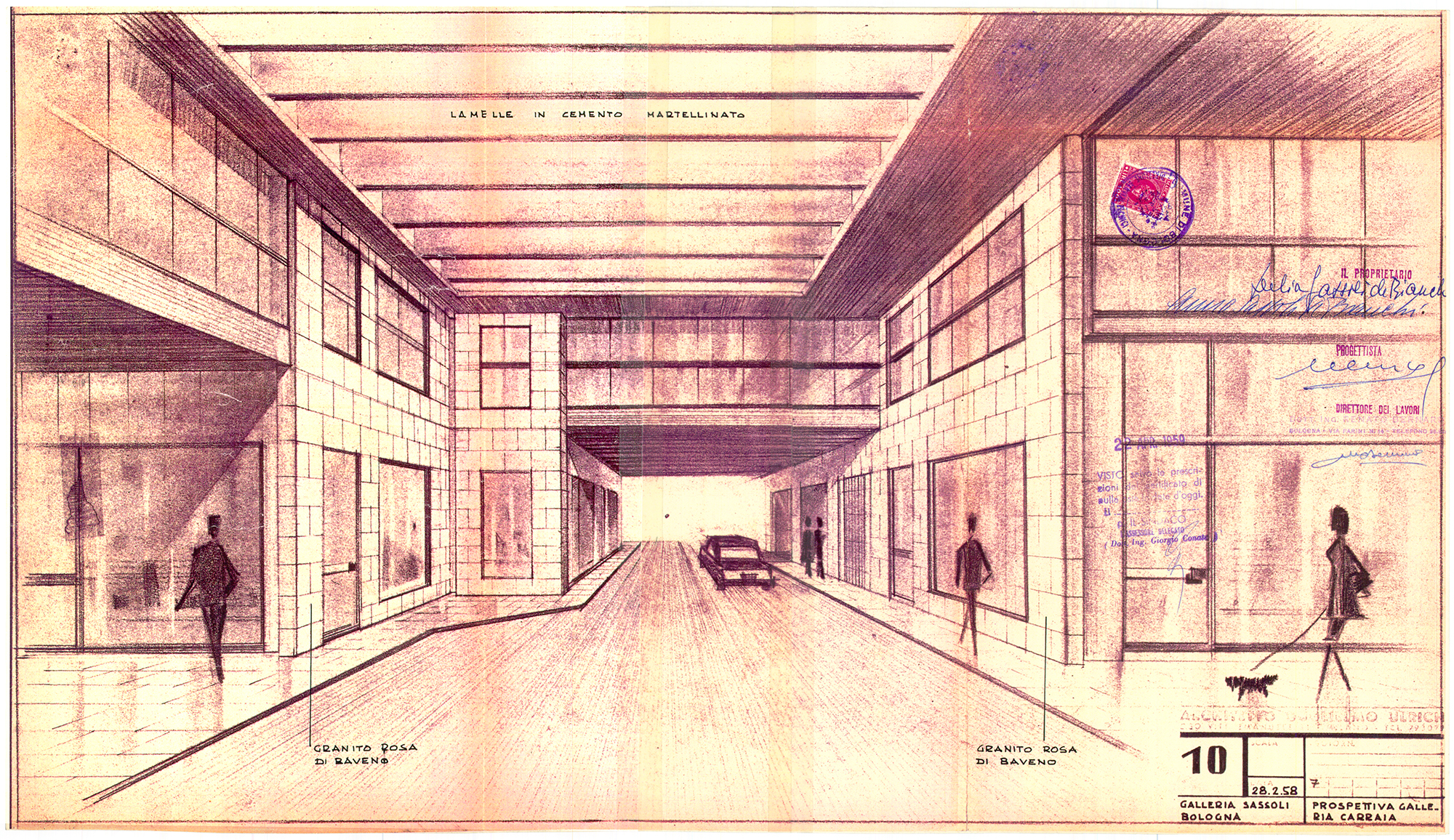 THE HISTORY OF THE CAVOUR GALLERY

The Cavour Gallery was built at the end of the 1950s in a Bologna which, having passed the postwar period, looked to the future with renewed confidence.

There was immediately great curiosity about the project which foresaw the construction of a commercial epicenter in the heart of the city. The noble Sassoli de Bianchi family thus turned to the well-known Milanese architect Guglielmo Ulrich to develop the architectural project of the portion of the Gallery from the entrance of Via L.C. Farini and which extends to “Tiffany & Co.” on one side and “Prada” on the other. This part is set in the elegant Palazzo Vassé Pietramellara, which is not only a patrician residence, but also a symbolic venue: lavishly built in the 16th century, partially destroyed by bombings then restored to its historic splendour.

It was with confident enthusiasm that the Bolognese citizens welcomed the rebirth of their “Gallery” which soon became a tangible evidence of revival and economic boom.

In the autumn of 1959 the first shops opened, they were all well-known brands; the shop windows displayed quality goods, the shelves were filled with exclusive products. The Cavour Gallery became the ideal place for shopping: the pleasure of finding, choosing, buying beautiful, refined objects that brightened the lives of its customers and made memories.

Bologna, like Milan, Rome and Naples finally had its Gallery which today, after over sixty years later continues to be a very pleasant destination that dominates that crossroad of history, culture, style and hospitality that have made our beautiful city great.

Past, present but above all a future that promises to be full of interesting surprises. Today the aforementioned portion of the Cavour Gallery has a new owner who, sensitive to the charm of this place and its history, is investing energy and resources in making the most of it, offering the many visitors an elegant, refined and contemporary atmosphere in which to immerse themselves. The walkway in The Cavour Gallery is an experience that delights the senses. You are immediately greeted by the intoxicating ambient scent “Farini 14 – the Perfume of the Cavour Gallery”, pleasant melodies and refined floral compositions.

An entrepreneurial project that starts from a solid investment in luxury real estate, passes through important modernization and renovation to create an even more beautiful, more comfortable and more welcoming Gallery and which gathers 13 flagship stores of the most important luxury brands. The entire complex will offer a rich calendar of cultural events that will take place in the Galleria and in Palazzo Vassé Pietramellara which, with its wonderful Sundial and the Hall of Honor, is increasingly becoming a sought after location for meetings, fashion shows and events. 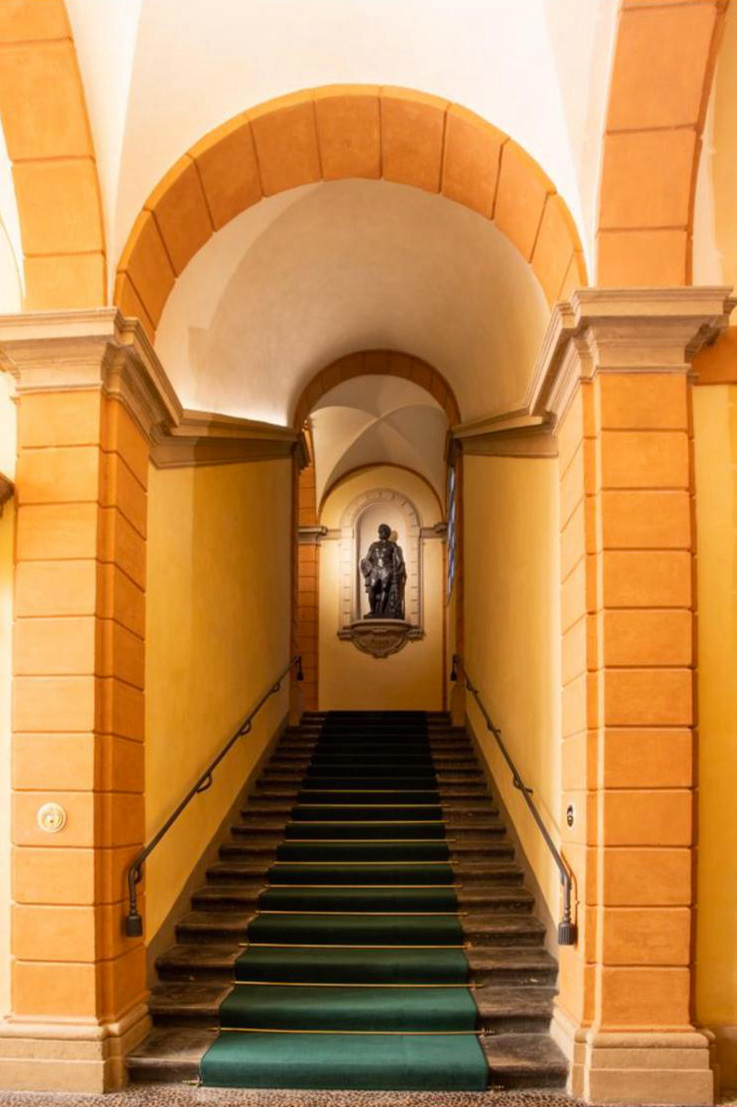 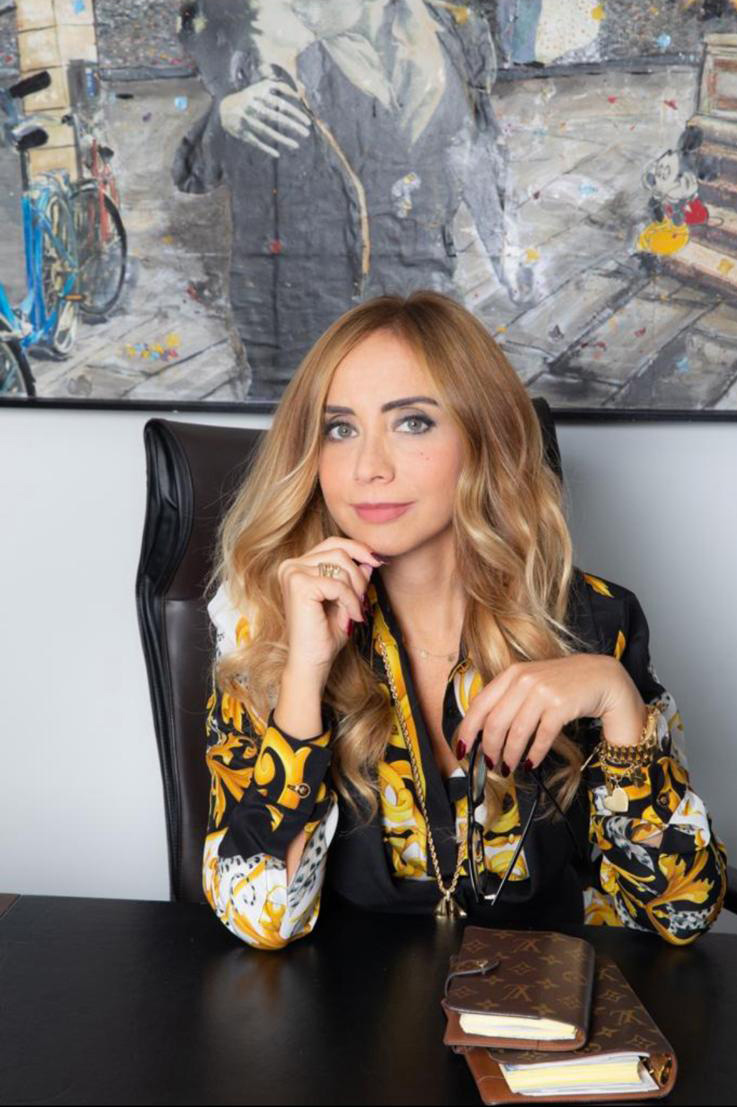