History of the nylons 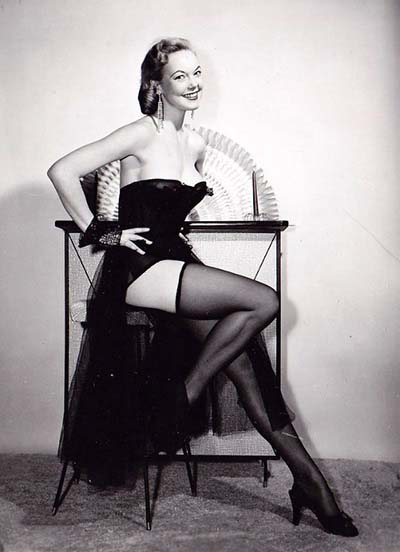 Cinema and novels have made them a real cult, by many they are considered a weapon of mass seduction and still today they continue to conquer catwalks and wardrobes: nylon stockings represent in all respects a small, great costume revolution female.

When Wallace H. Carothers presented the invention of nylon to the world, he described this fabric with the following words: “resistant as steel and delicate as a spider’s web”. Could it have been this double essence, which remembers so closely the strength and at the same time the delicacy of women, that made this fabric so popular? Patented in the 1930s and marketed for the first time in a Wilmington, Delaware store, they immediately became an indispensable accessory in US wardrobes: in the first year, 64 million were sold on the American market alone.

The success continued throughout the following decade until the outbreak of the Second World War: here, with the United States taking the field, all women were asked to donate their stockings for war conversion and the entire nylon production was destined to the construction of parachutes.

After the conflict, however, the market resumed at full speed, driven by an increasing demand and by a promotion aimed at consecrating this garment of women’s lingerie as an emblem of seduction.In the 1950s, technology brought chromatic variations on the shelves such as the very successful nude effect sheer, but the turning point came with the invention of tights by Allen Grant: inspired by medieval tights and made with the latest technology nylon. It is the end of an era made of garters and suspenders: the new tights also cover the buttocks and respond more and more to a need for comfort and emancipation.

Decade after decade, nylon reinvents itself, also thanks to the use of lycra, it adapts to the times and does not seem to know any crisis. A further turning point comes with the invention of the miniskirt. Mary Quant dares the unimaginable: women’s legs are discovered more and more and tights, from undergarments, become a symbol of rebellion and emancipation. A declaration of independence of the costume that also passes through drawings, geometries, embroideries and writings that the stylists decline in each version.

Socks become synonymous with femininity, malice and sensuality but there is still a new frontier to break: that of fitness. The boom in aerobics consecrates hyper-stretch leggings as a cult item in the women’s sports wardrobe and Jane Fonda‘s videocassettes make leggings a symbol of a generation that is increasingly attentive to the aesthetics and well-being of their bodies.

Even today, the most prestigious brands continue to tell the evolution of femininity also through socks, as evidenced by the branded tights also found in many stores in Galleria Cavour. The history of the costume and the generational changes often also pass through the shopping streets!

GO TO THE NEWS LIST
← Bottega Veneta: history of the Padded Cassette Pompeii painters on display in Bologna →
Manage Cookie Consent
This site uses cookies, including from third parties, to ensure you get the best browsing experience.
Functional cookies will be installed without your consent.
Marketing cookies will be installed only with your consent, by flagging the relevant categories that can be viewed by clicking "View preferences".
By clicking on "Accept cookie" all cookies will be accepted.
By clicking on "Reject " only functional cookies will be accepted.
Clicking on the X at the top right of this banner implies the persistence of the default settings and therefore the continuation of navigation in the absence of cookies other than functional ones.