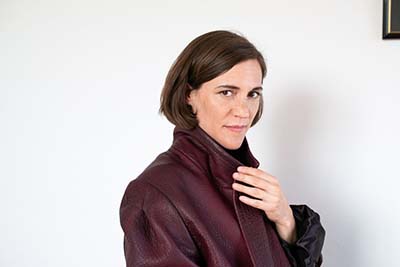 Is there a brand that can tell the thousand facets of the female universe as much as Miu Miu? The maison has always accustomed us to look at the world of women with courage and new perspectives: focusing on an original stylistic and creative path and unconventional testimonials capable of telling a beauty outside the stereotypes where aesthetics travel hand in hand with personality.

Thus, once again this year, Women’s Tale returns, which the brand presents at the 79th Venice Film Festival scheduled from Wednesday, August 31 to Saturday, September 10. This is a project that Miuccia Prada particularly cares about and that the fashion house has been pursuing for some time: the presentation of a series of films directed by important female directors of international fame who tell what it means to be a woman in our days.

Eyes focused, in this edition, on Carla Simon, who during the usual Venice Days, within the kermesse’s poster, will present her “Carta a mi madre para mi hijo“. The Spanish director thus joins the roster of cinematic talents who, thanks to the support of the fashion house, have long been telling the world of women from unprecedented and often countercultural perspectives. The cast includes Angela Molina, Cecilia Gomez and Ainet Jounou.

The plot centers on the formative and personal growth path of the protagonist, Carla, through a journey from childhood through the 1960s, the 1980s and finally the present day, exploring the emotions and nuances of femininity in its different seasons. The brand, as has been the case in every edition since 2012, has given carte blanche to the director involved, committing to supply all the prop dresses featured within the film.

The screening will be followed by the usual conversation with the filmmaker: it will be an important opportunity to discuss issues related to the female universe that has always continued to intrigue directors and stylists in a narrative of timeless appeal. Once again, fashion and cinema are bound together in the art circuit as if to symbolize the indissoluble pair that unites them under the sign of creativity.

GO TO THE NEWS LIST
← Remo Ruffini: the man who revolutionized Moncler The unfinished facade of San Petronio comes to life →
Manage Cookie Consent
This site uses cookies, including from third parties, to ensure you get the best browsing experience.
Functional cookies will be installed without your consent.
Marketing cookies will be installed only with your consent, by flagging the relevant categories that can be viewed by clicking "View preferences".
By clicking on "Accept cookie" all cookies will be accepted.
By clicking on "Reject " only functional cookies will be accepted.
Clicking on the X at the top right of this banner implies the persistence of the default settings and therefore the continuation of navigation in the absence of cookies other than functional ones.